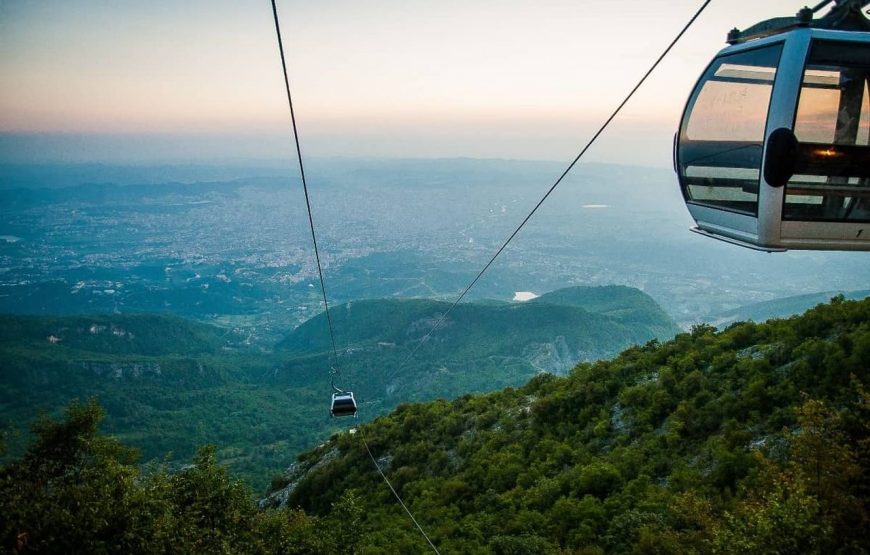 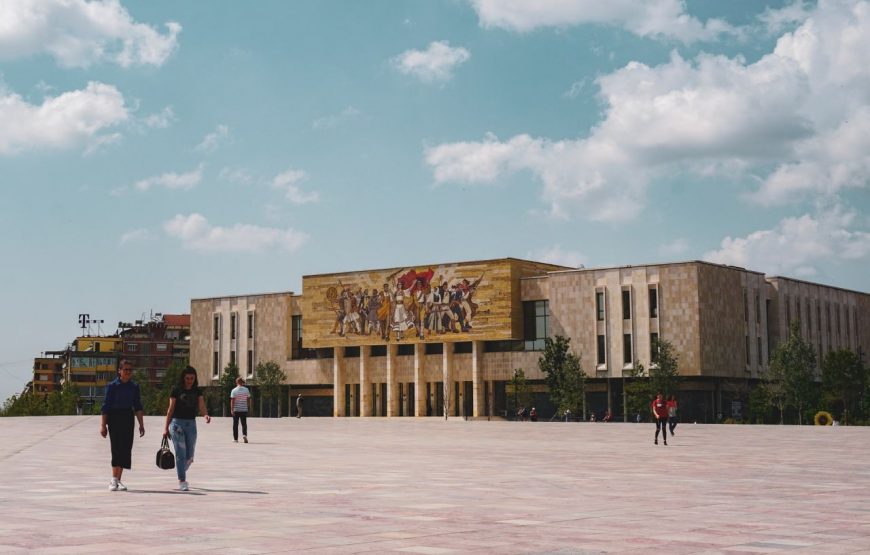 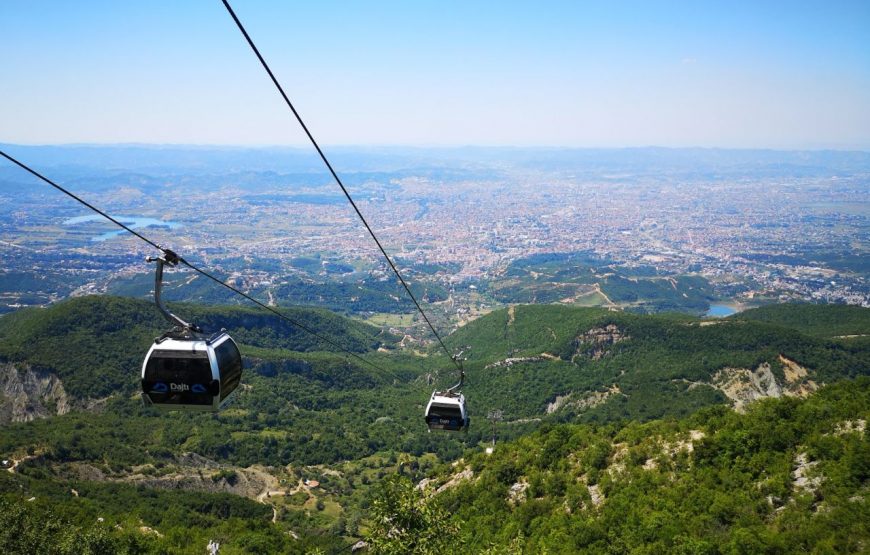 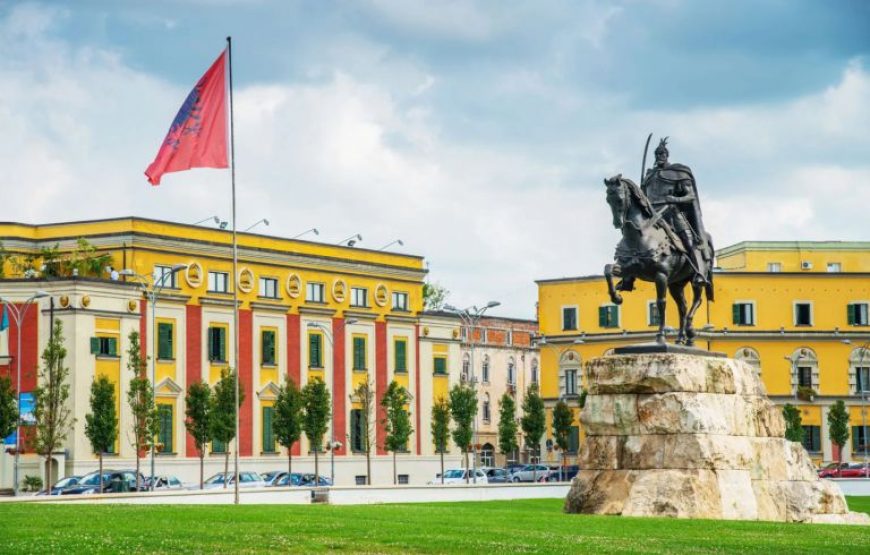 Arrival at Tirana airport and transfer to Hotel for check in.
Overnight stay in Tirana

This day you will visit the colorful streets of Tirana, which was made the capital of Albania in just 1920. You’ll see the main sites, including the impressive façade of the National History Museum which is adorned with a gigantic mosaic known as ‘The Albanians’. This is one of the finest examples of late Albanian Socialist Realism in the country which dominates Skanderbeg Square. You will see the historical sights such as Scanderbeg square, Ethem Bey mosque and the main government street. You will pass by the communist landmarks like the Blloku area, where villas were once occupied by members of The Politburo (former leading sect of the Party of Labour of Albania) but which is now the lively centre of Tirana’s nightlife where trendy bars, cafés, and fashionable clubs can be found. Afterwards we take a 15 min cable car journey up the Dajti Mountain. The views from the cable car and from the cliff are breath-taking. You will have a panoramic view of Tirana city and the Adriatic sea in the distance. Overnight in Tirana.
Overnight stay in Tirana

Breakfast at hotel, later day is free for leisure. Explore the city on your own or take an optional tour to Novi sad
Overnight stay in Tirana

Breakfast at hotel, Check out and transfer to Airport 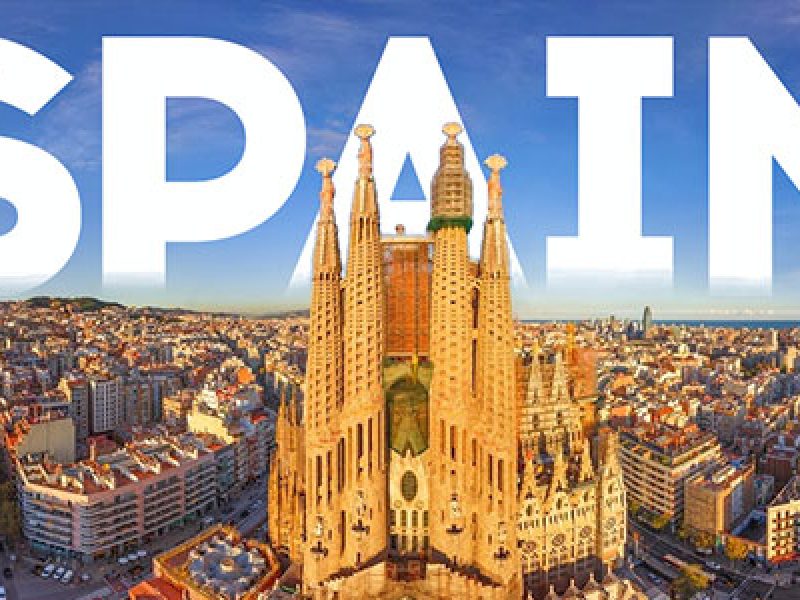 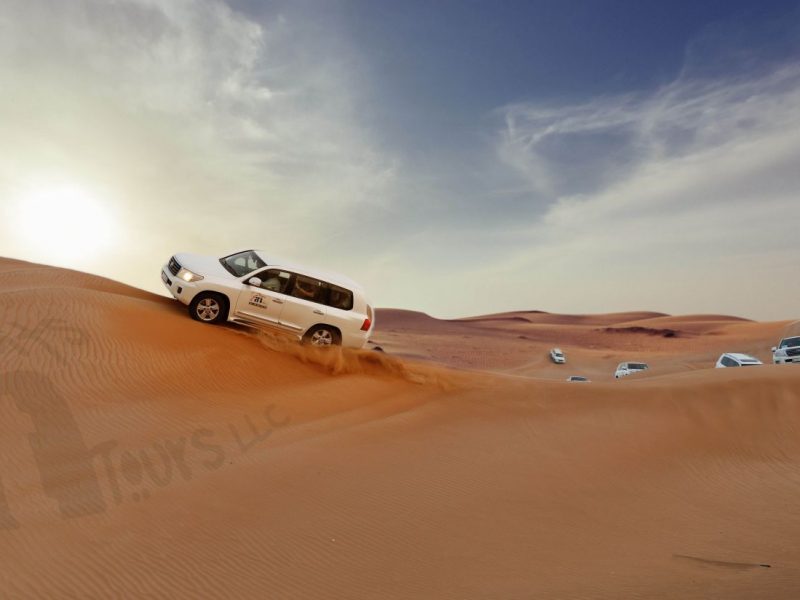 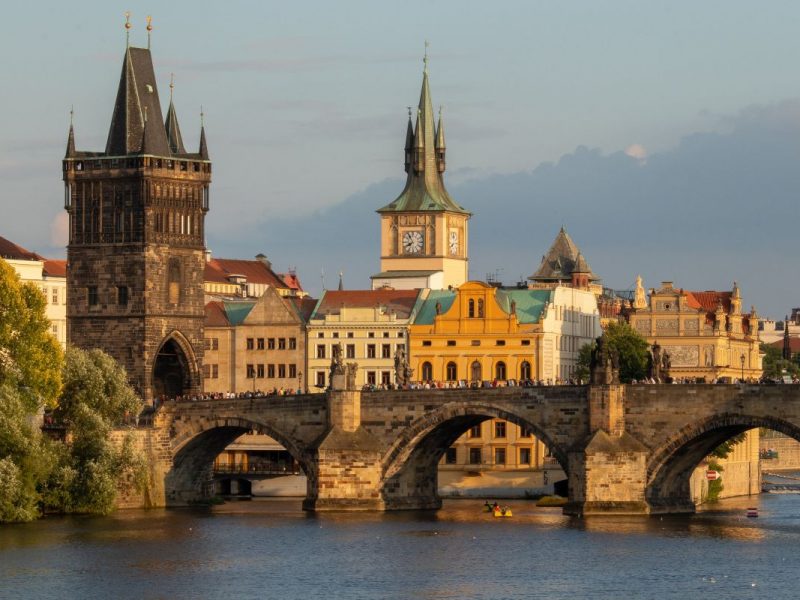 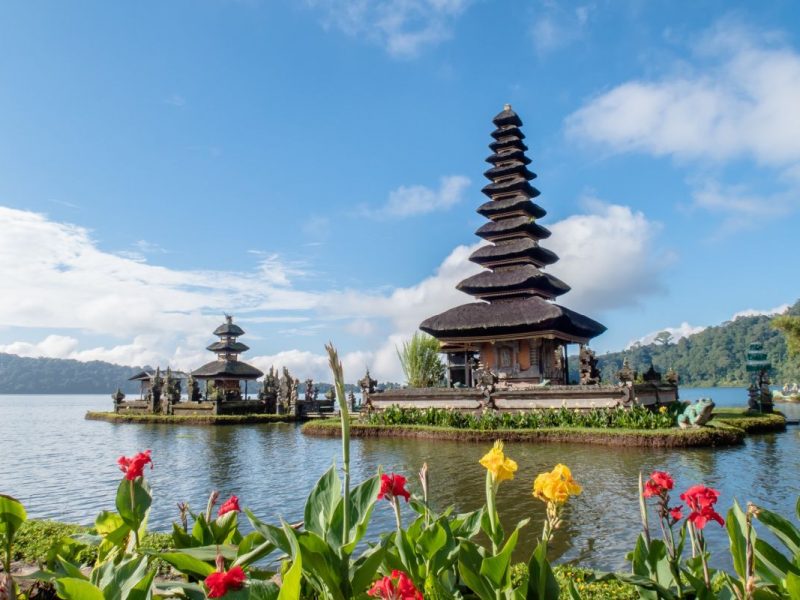